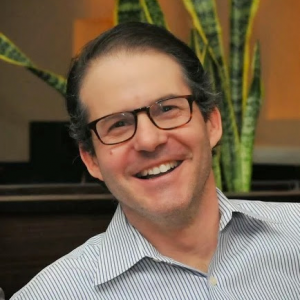 Cornelius “Neal” McKnight is a founding partner of McKnight & Kitzinger. He is a member of the Illinois bar, the trial bar for United States District Court for the Northern District of Illinois and the bar of the United States Seventh Circuit Court of Appeals. Mr. McKnight’s practice focuses on commercial litigation and insurance coverage disputes.

Mr. McKnight litigates a wide variety of commercial disputes, ranging from nuisance claims to construction defect claims.  He litigates in the state and federal trial courts and regularly represents clients in mediations and arbitrations. Mr. McKnight also regularly represents his clients in both state and federal appellate courts. In 2013 Mr. McKnight successfully argued before the Illinois Supreme Court for the application Farm Nuisance Suit Act to recover attorney’s fees after successfully defending a family run cattle farm from nuisance claims arising out of the farm’s operations.

Mr. McKnight is a long time resident of Chicago who is active in a number of civic activities. Mr. McKnight currently serves on the Board of the East Village Association, one of Chicago’s longest continually operating community organizations.

Toftoy v. Rosenwinkel, 983 N.E.2d 463 (2013)
At issue in this case was whether the Farm Nuisance Suit Act (740 ILCS 70/1 et seq. (West 2006)) barred the plaintiffs’ nuisance lawsuit against a neighboring cattle farm where the plaintiffs acquired their property after the cattle farm had been in operation for more than a year. The appellate court held that the suit was not barred. The Illinois Supreme Court ruled the nuisance lawsuit was barred. Mr. McKnight successfully argued on behalf of the defendant, a family farmer. Ultimately, Mr. McKnight recovered from the Plaintiffs the legal fees expended in defense of the lawsuit.

Hoover v. Country Mutual Ins. Co., 363 Ill.Dec. 612 (1st Dist. 2012)
Mr. McKnight successfully argued that the one-year limitation period in plaintiffs’ homeowners’ policy barred a complaint alleging breach of contract and bad faith arising from their insurer’s refusal to pay the replacement cost in connection with the total destruction of their house by an explosion. Mr. McKnight also argued that Plaintiffs’ claim alleging negligent misrepresentation that the policy would cover the replacement cost failed to state a cause of action, and the discovery rule did not toll the statute of limitations applicable to the negligence count.

Chicago Prime Packers, Inc. v. Northam Food Trading Co., 408 F.3d 894 (7th Cir. 2005)
This decision arose out a dispute between a U.S. wholesale meat broker and a Canadian wholesale meat broker involving the sale of pork back ribs.  Upon delivery, large quantities of the ribs were spoiled.  Buyer refused to pay seller and seller sued. The United States Court of Appeals for the Seventh Circuit ruling for the seller found that the Convention on the International Sale of Good (CISG) applied to the transaction between a Canadian buyer and a United States seller. The dispute centered on which party had the burden to establish non-conformity/conformity of the goods. The court found no precedents under the CISG on the issue and ruled the dispute was analogous to the UCC.  The underlying decision is a unique example of a U.S. court using foreign case law and internet authority in making its ruling. See Chicago Prime Packers, Inc. v. Northam Food Trading Co., 320 F.Supp.2d 702, 711 (N.D.Ill.2004).

Young v. Allstate Insurance Co., 351 Ill. App. 3d 151, 158, 812 N.E.2d 741, 749 (2004).
Allstate insured Young for his fully restored classic Cadillac. Young claimed he was issued and Allstate’s agent represented that he had a stated value policy covering the vehicle for the amount of $30,000.00. The Cadillac was totaled and an appraisal award was entered setting the value of the Cadillac at $12,000.00. Young filed suit against Allstate alleging breach of contract, respondeat superior, bad faith, estoppel and consumer fraud. The Appellate Court affirmed a grant of summary judgment in favor of Allstate, affirming the appraisal award, finding no bad faith, finding that the policy was an actual cash value policy, and ruling that Section 155 of the Illinois Insurance Code (which provides an extra-contractual remedy) preempts the Illinois Consumer Fraud Act when a policyholder sues an insurer in contract.

Vasquez v. Allstate Insurance Co., 937 F. Supp. 773 (N.D. Ill. 1996).
Insurer found not to qualify as “debt collector” under provisions of Fair Debt Collection Practices Act defining debt collector as any person operating business in interstate commerce “principal purpose of which” is collection of debts, merely because its subrogation department engaged in collection of debts; department of major corporation could not be viewed as though it were separate and apart from corporation itself.